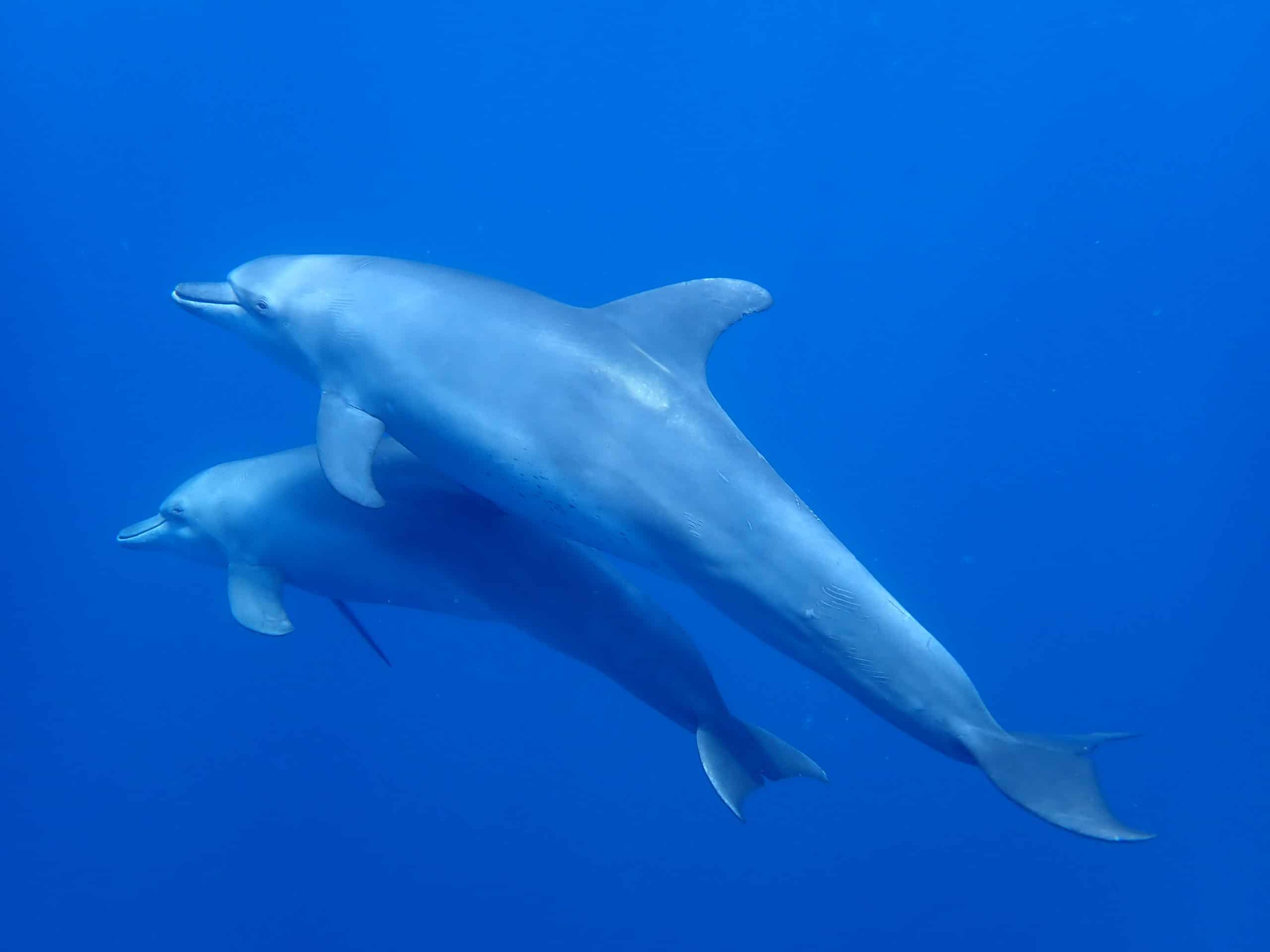 The descendant of "Flipper" remains the mostly known dolphin. They are found throughout the world's oceans, from the North Pacific to the South Atlantic, via the Mediterranean and the Indian Ocean. Generally living in groups, sometimes reaching several dozen individuals, it is also the least trap-shy odontocetes. They like surfing the bow of boats and offering jumps and snaps of tail or head. It is among the biggest dolphins listed and spends most of its time on the surface to play or reproduce.

When can we sight bottlenose dolphins in Nosy Be?

Bottlenose dolphins stay around Nosy Be all year round, so it is possible to see them at each excursion, whether inside the bay (snorkeling or whale shark excursions), or further offshore when we are looking for whales and when we go to Nosy Iranja.

What do they feed on?
Dolphins feed on small fish and squid, which they sometimes hunt to hundred meters deep.
How long do they live?
Bottlenose dolphins in the Indian Ocean can live up to 35 years.
How tall are they?
Bottlenose dolphins are considered, as their name suggests, among the biggest dolphins. They can measure up to 3 meters, and weigh up to 200kg in adulthood.
Are bottlenose dolphins smart?

These dolphins are known to have developed capacities known in no other marine mammal.

Indeed, some groups use marine sponges as a tool. They use it to protect their sensitive rostrum (equivalent to the mouth) when they excavate the sediments from the seabed.

Likewise, some dolphins, especially young ones, use shells to play: They take the shell in their mouth, drop it and must collect it before it touches the ground.

Even more surprising, certain groups of bottlenose dolphins (in Mayotte in particular) use balloon fish as a game. They attack an individual, which swells to protect itself. The wild dolphins then have fun hitting the puffer fish laterally with their rosters, thus making passes. Some scientists even suggest that it could even be a neurotoxin-taking behavior, released by the balloon fish when it is stressed, which would put bottlenose dolphins in psychotropic states for a few moments…

To discover on our excursions